Warning: count(): Parameter must be an array or an object that implements Countable in /home/customer/www/blessingsfromitaly.eu/public_html/wp-content/plugins/wp-testimonials-oiiio-2/inc/init.php on line 714
 Transparency

Unfortunately this category of wedding vendor is not always taken seriously. Misinformation and general ignorance of what constitutes ‘Celebrancy’ and a professional Celebrant has led to much confusion in the Wedding Industry as a whole.

Australia and not America was in fact the first country to recognise the need for dignified civil wedding ceremonies. Thanks to the pioneering efforts of certain Australian officials, couples in Australia and subsequently those in New Zealand and America are now able to be legally married almost anywhere and anytime of day.

Contrary to popular belief Celebrancy as a profession did not begin in the US but in Australia in the mid 1970’s.

Dally Messenger is a Don of Civil Celebrancy and a dream maker of this century. His spirit of adventure, vision and commitment have been instrumental in shaping the development of Celebrancy worldwide.

On 27th February 1974 the famously forward thinking Attorney-General, Lionel Murphy, appointed Dally as the first Secretary of a ground breaking movement that he established personally, called ‘The Association of Civil Marriage Celebrants of Australia’ (ACMCA)

Dally shared Murphy’s vision of providing ceremonies of ‘substance and dignity’ for those couples who preferred a secular or spiritual ceremony rather than one adhering to a particular organized faith.

He established his own College of Celebrancy and with his wealth of experience, expertise and philosophy, Dally has constantly campaigned for Celebrants to elevate themselves and their craft to achieve the highest standards possible.

In Europe we have much to learn from this inspiring example and to understand that the terms ‘Matrimonio all’ Americana’ and ‘symbolic’ are incorrect in many respects.

Mistakenly it is believed that anyone can be a Celebrant and that no training is required. Indeed many individuals who perform this role already hold other roles simultaneously within the Wedding Industry. Many who ‘improvise’ the role of a Celebrant are not registered, have no training or relevant experience.

The Value Of A Personalised and Dignified Ceremony

Many who operate as Celebrants offer a limited choice of standard ceremonies with little or no room for personalisation. Couples are consequently restricted in the ceremonial context of their love for one another on arguably the most important occasion of their lives.

Each Bride and Groom is unique and deserving of respect. We believe they have a fundamental right to experience a personalised, eloquent and dignified ceremony, which accurately reflects who they are as a couple.

A memorable and beautiful ceremony can be a source of immense strength in the future when the pressures of daily life may threaten even the solid foundations of a marriage. Financial pressures, the raising of children and cultural differences can challenge and create stress for even the strongest of couples.

With this central issue of importance in mind, we pay close attention to each client’s wishes, beliefs and vision. We pride ourselves on the creation of a uniquely conceived ceremony script, based upon information we elicit directly.

We gain this confidential information from direct personal interviews and responses to an in depth questionnaire, which is the result of work spanning more than a decade. Spending many hours upon each individual case, we are able to achieve a profound insight into the factors which made each couple fall in love.

We are also adept at reading between the lines.. Due to vast experience we are able to interpret feelings in order to render an unforgettable ceremony, which often transcends previously held expectations.

A large percentage of our clients are VIPs from the world of Film, Theatre, Television and the Sports and Fashion Industries. We also travel extensively to officiate throughout Europe.

One half of our duo is British and a Mother Tongue Speaker. Diane is a Language and Literature Graduate and Writer, whose work has attracted considerable interest from those wishing to hire a professional capable of realising a ceremony of the highest quality. She is particularly noted for her original and poetic spiritual prose.

Diane’s work has been personally endorsed and supported by Dally Messenger, the Australian President of the International College of Celebrancy, who as a major and influential figure, campaigned for Celebrancy to be taken seriously as a profession as far back as the 1970’s.

Giuseppe Rossi is fully trained and formed as Interfaith celebrant in Italy. As a consequence of theological training at the Vatican he is well versed in deciphering those common aspects which unite diverse religious belief. Blending these together seamlessly within the fabric of a ceremony is challenging but a valuable and often healing act. Such ceremonies are of increasing value in a world, which more than ever should focus upon the real meaning of love between two people regardless of belief or sexual orientation.

As a mature Anglo/Italian duo we do perform ceremonies for Italians but around 90% of our clientele are from abroad and choose Italy for their destination wedding experience. Incidentally we are currently witnessing an increase in weddings of Italian/English couples due to the emigration of Italians abroad.

Since Italy is central as a Global wedding stage, it is vital that only the highest standards are maintained in terms of Ceremony and the figure of The Celebrant.

We are greatly concerned with making a real difference to the understanding and experience of Ceremony and Celebrancy. Since 2004 we have accumulated vast experience of working closely with a huge number of international Brides and Grooms.

We are tireless in our enthusiasm, empathy, respect and discretion, which are essential ingredients in the creation and communication of precious sentiments that characterise a relationship that longs to be announced to the world…

The vast number of authentic testimonials exhibited on ‘Wedding Wire’ are a testament to our passion and unrivalled international reputation as Premier European Celebrants/Officiants.

We feel that our role and vocation is to increase awareness of the above points but moreover to immortalise the identity and love that is shared by a couple within the context of ‘ceremony’..
Our ultimate purpose is to ensure that a couple’s elegant, profound and personalised wedding ceremony will be forever cherished as a valuable and precious once in a lifetime experience. 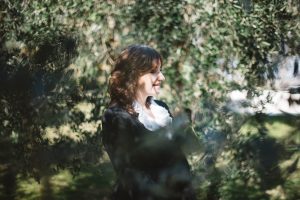 We are greatly concerned with making a real difference to the understanding and experience of Ceremony and Celebrancy.
We are not Humanists in that we do not believe that man is at the centre of the Universe but that rather that individual belief and value systems should always be respected.

We use cookies to ensure that we give you the best experience on our website. If you continue to use this site we will assume that you are happy with it.OkNo